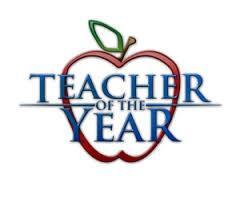 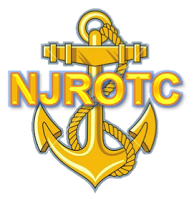 Seaford NJROTC defeated Boonslick AJROTC 812 to 764 in the National Air Rifle New Shooter League. Their second win in a row. They currently have a 3 - 4 record. Seaford NJROTC was led by, Aesha Patel who shot a 216. The remaining contributing members were Hannah Johnson, Madelyn Breittenbach, and Leila Sturgill. Seaford NJROTC is from Seaford, DE, and is coached by Anthony Rowe.

Seaford NJROTC currently has a 3 - 4 record. After the loss they are in twelfth place overall. Shooting their highest team score of the season Seaford NJROTC was led by, Terry Deshields who shot a 317. The remaining contributing members were Spencer Burdette, Madelyn Breittenbach, and Nathan Holmes. Seaford NJROTC is from Seaford, DE, and is coached by Anthony Rowe. 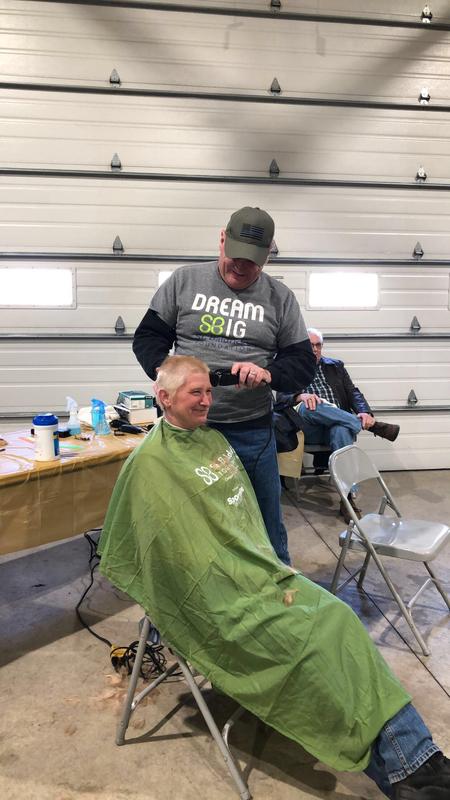 Seniors Jessica Ocampo Sanchez and Kayla Honaker team up with St. Baldrick's to raise money for childhood cancer research. They had a head shaving event at the Bridgeville fire department and raised over a thousand dollars in donations. St. Baldrick's is a non-profit foundation that holds head shaving events all over the country to raise money for research to do away with childhood cancers. 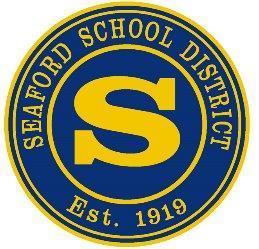 Grade Reports 3:2 are being sent home with students on Monday, March 11, 2019 and Tuesday, March 12, 2019. Please review the grade reports, sign and have you child return them to their respective teacher for a homework grade. 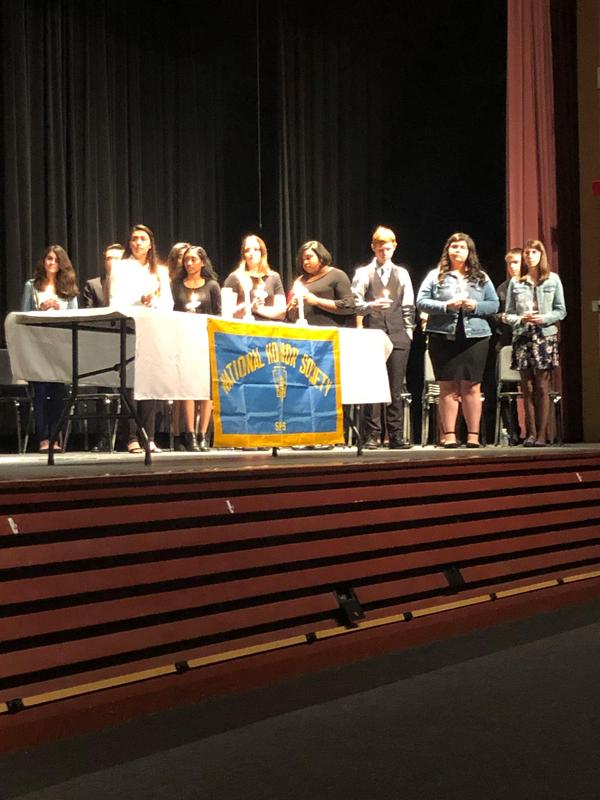 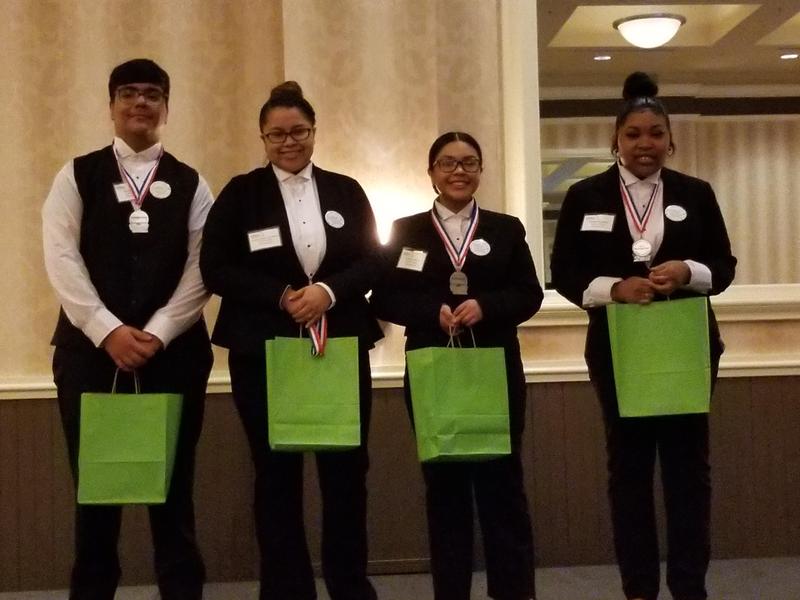 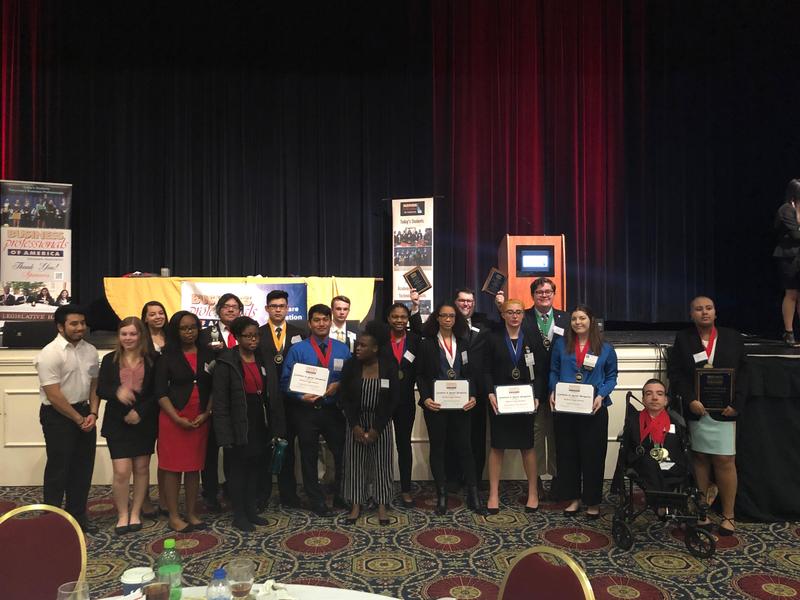 On February 26th, 2019 Seaford High School had 19 students attend the 2019 State Leadership Conference for Business Professionals of America in Dover, DE. Our 19 students competed in a variety of events from Digital Media and Economics to Presentation Management and Computer Events. Our students found much success and brought home 13 awards, the most ever for a Seaford High School Chapter. Seaford also won the Professional Cup signifying the top state chapter in Community Service. Noelle Kuhoric was also recognized as the Student of the Year. Those winning awards include: 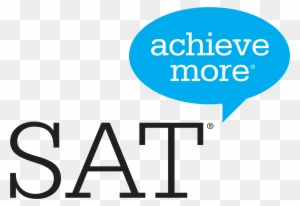 Beginning Saturday, February 23, 2019 and continuing every Saturday through March 23rd all juniors are invited to attend SAT Saturday Morning Workshops from 9:00 - 12:00. Students must sign up on the bulletin board outside of the guidance office. Each session a student attends they will have their names placed into a drawing for a pair of shoes. 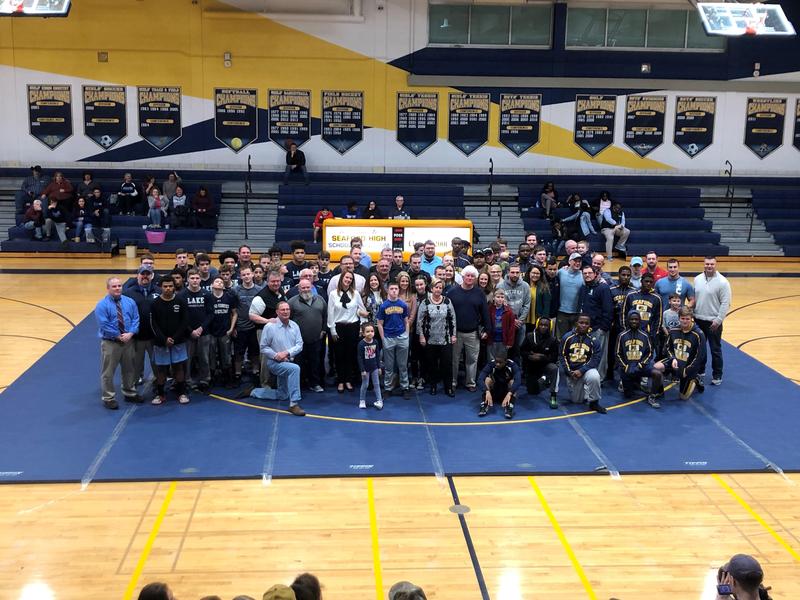 Coach Dave Rogers was honored for his 300th win as a head wrestling coach. Many former wrestlers, coaches, and officials came to be part of this special evening. State Representative Danny Short read a proclamation and Kevin Charles formerly of the DIAA presented coach Rogers with a plaque. 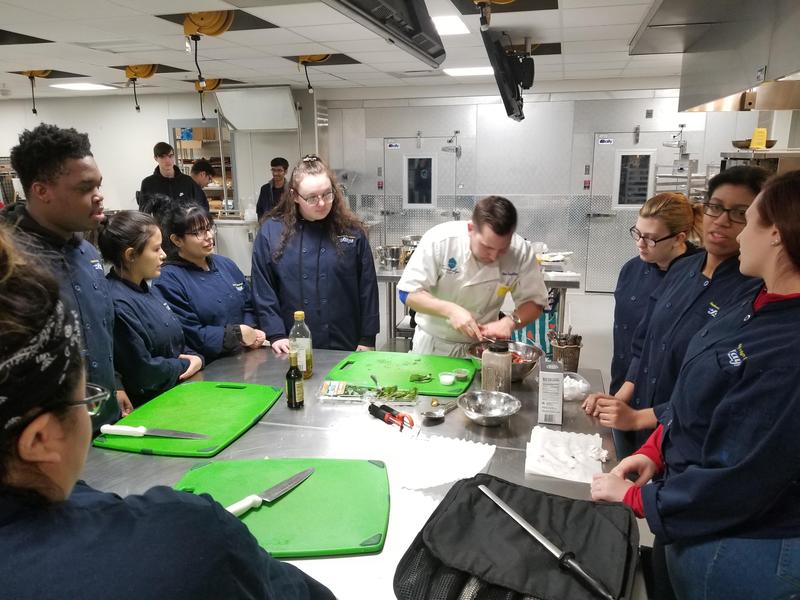 Food Network Gingerbread Champion Steve Knonpelski spends the day with Seaford High School's Culinary students. Pastry Chef Knonpelski shared with the students demonstrations of various recipes. Gave insights of competition to the Pro Start competition teams. The students were engaged and actively assisting the Chef with the recipe preparations. The day was huge success for the culinary students and have asked the Chef to come back and share more about the world of Pastry Arts.
RSS Feed